How to download OSM data while preserving the symbology

There are several ways to directly download OSM data, including direct download from OSM (www.openstreetmap.org) or via QGIS Plugins such as QuickOSM. None of these options, however, download the data while retaining the original OSM symbology.

The QGIS OSMDownloader plugin lets you download OSM data while preserving the symbology.

To be able to do that, we first need to install the OSMDownloader plugin. 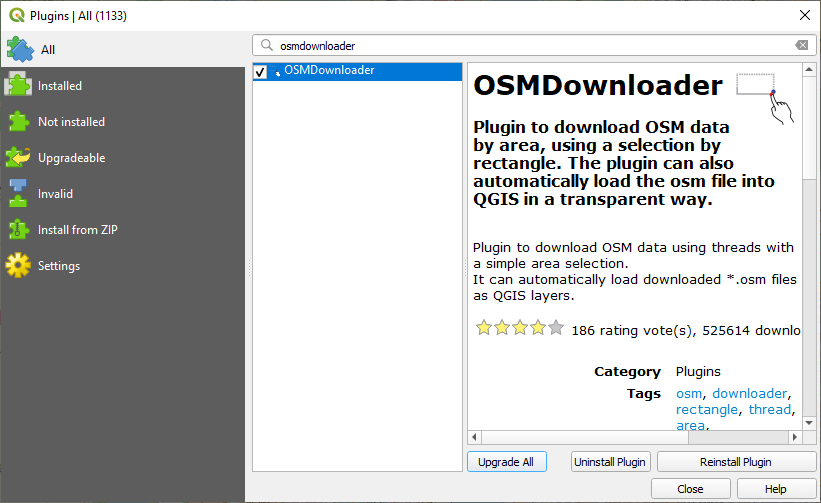 After the plugin is installed, we can go and activate and deactivate the OSMDownloader toolbar. 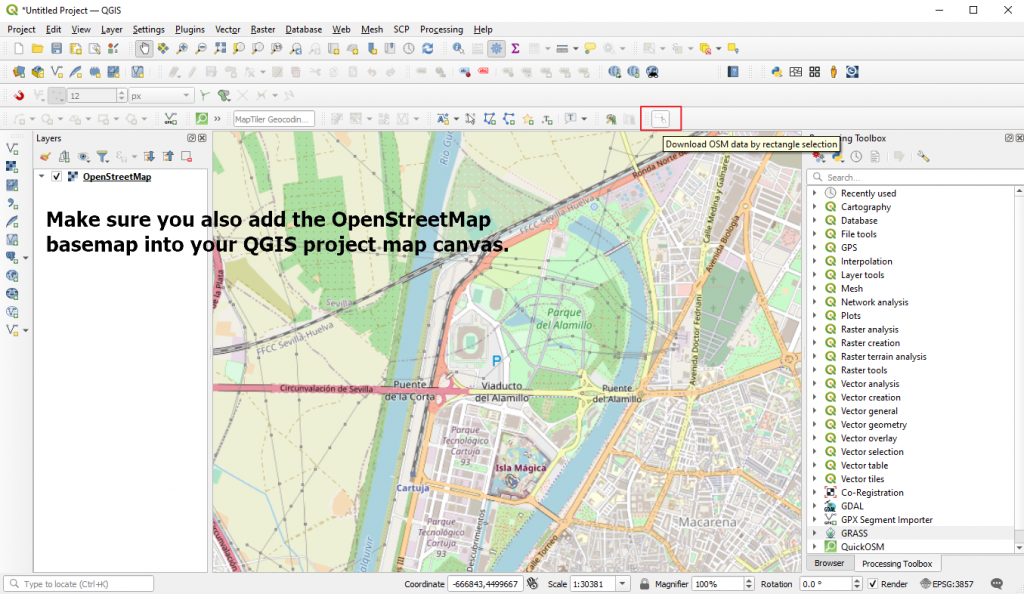 Next, with the Download OSM data by rectangle selection button (located in the OSMDownloader plugin toolbar), draw a rectangle over the area of interest to load downloaded *.osm files as QGIS layers. 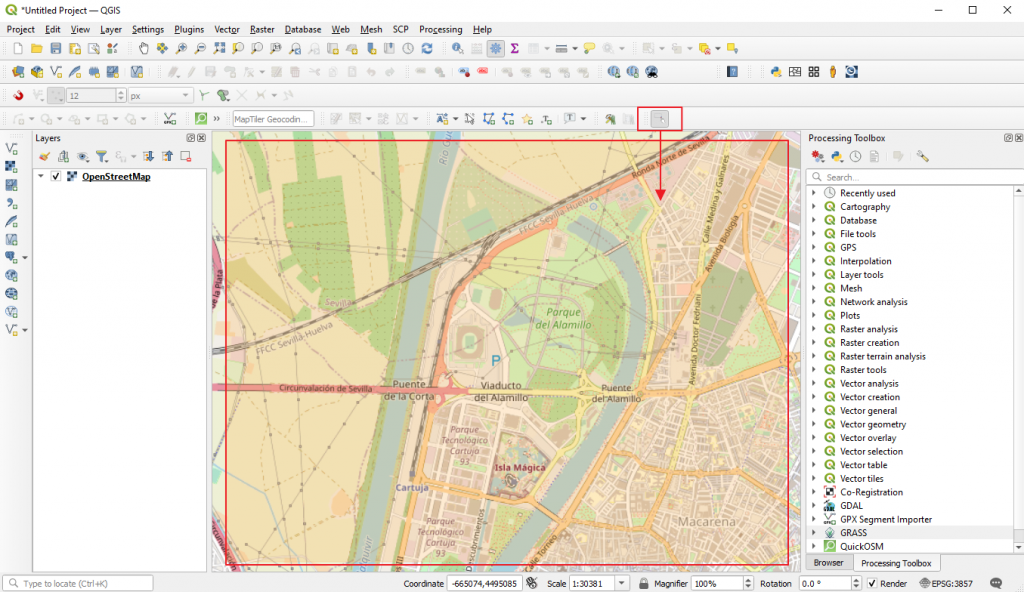 The OSMDownloader dialog box appears. Specify a location on your computer to save the .osm file. 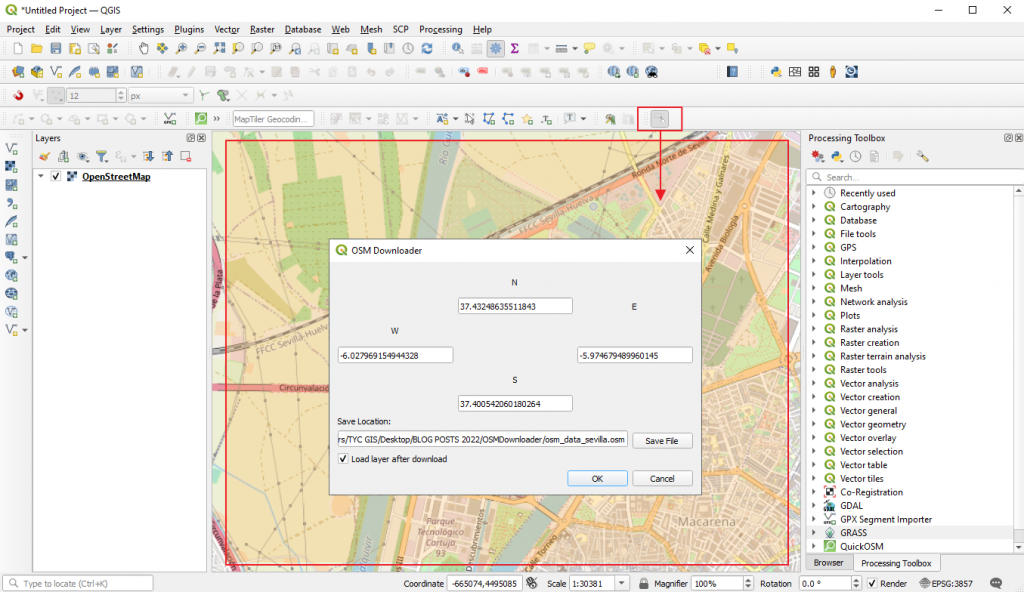 Click Ok. Depending on the size of the rectangle you drew, the download will take some time. When the download is complete, a Success, the file has been downloaded will pop up.

Now you can see the downloaded files in the Layers Panel as well. 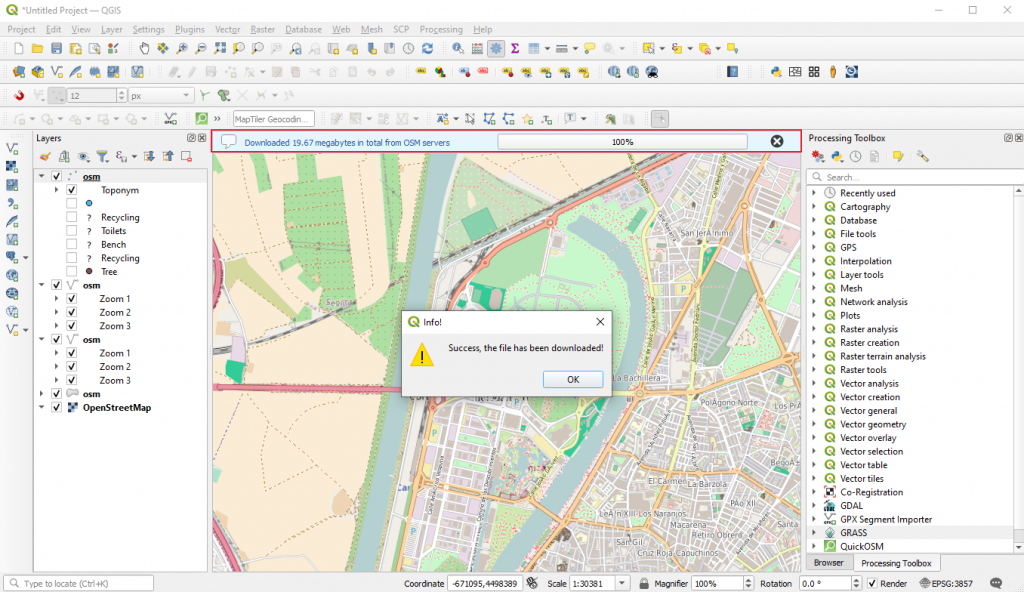 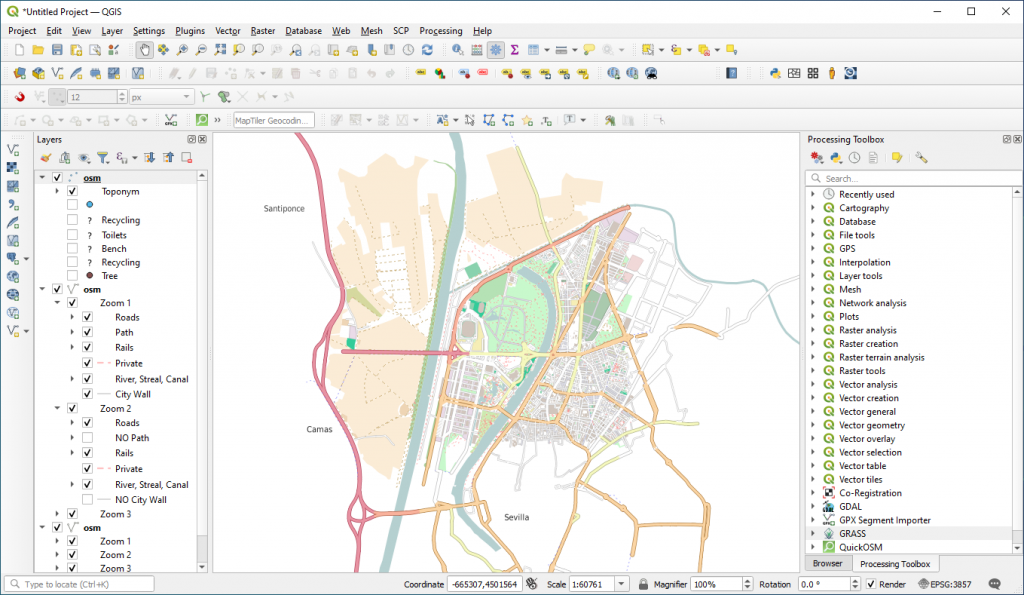 The OSM layers that are available within the drawn rectangle have now been downloaded to your computer. The OSM symbology is preserved in the layers.

By inspecting their symbology, we can manage the OSM symbology and perform various operations such as changes to the adopted styles, style export, and so on. 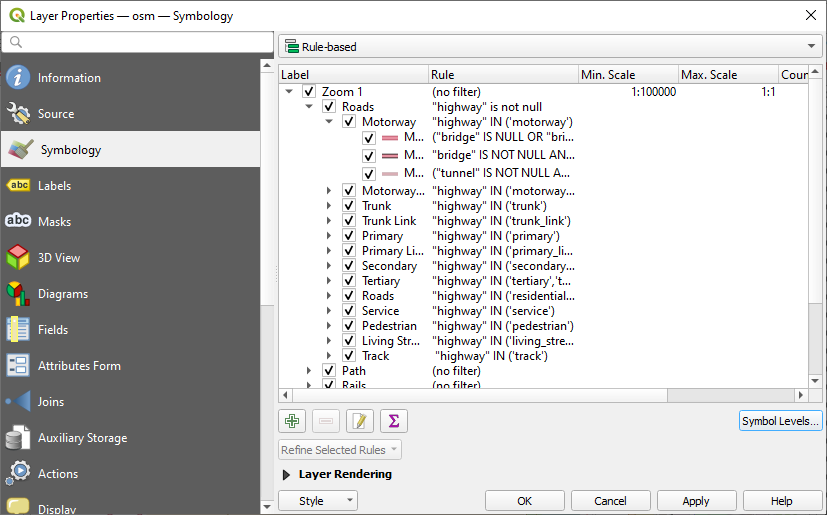 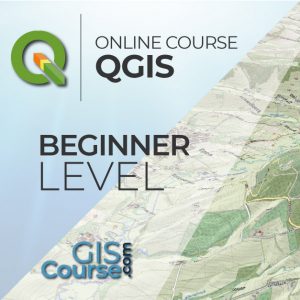 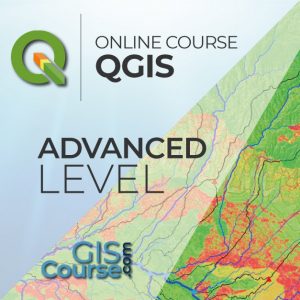 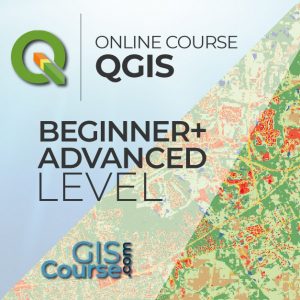